The Yankees didn’t have the month they’d dreamed of in May but given their extensive injuries (particular to starting pitchers) and continuing power hitting woes, it was about as good as it could have been. They came out of the month with a .500 record (14 wins, 14 losses) which kept them in contention for the wild card whilst letting Toronto open up a lead at the head of the American League East.

Later in June, the Yankees will have a significant problem. It is unlikely that they will want to carry three catchers but John Ryan Murphy continues to show that he is worthy of a spot on a major league roster. Francisco Cervelli is looking close to returning after a long spell on the 60-day disabled list and is currently rehabbing at Trenton with the Yankees double-A team, the Trenton Thunder.

It is a nice problem to have but it is partially brought about by the fact that both Murphy and Brian McCann have continued to do well behind the plate but McCann has continued to struggle with the bat. McCann batted a mere .239 and although his four doubles and four homers added a little spice and flavour to this, that still only leaves him 4th in slugging – behind Brian Roberts who he would be expected to be significantly ahead of. Meanwhile, Murphy, who is a singles hitter, led the team in batting average, on the month, with .364. McCann has the lion’s share of appearances and the temptation will be to seek a trade for either Cervelli or Murphy once Cervelli has proved that he is fully healed from his hamstring problem. 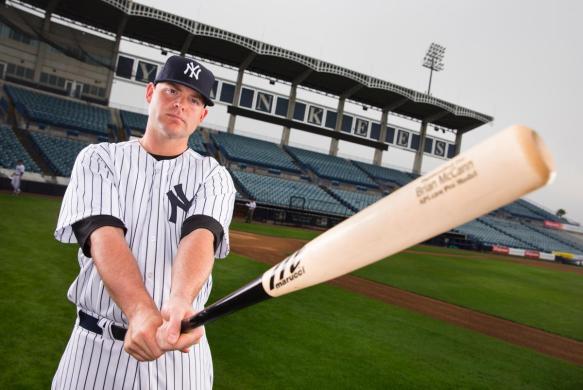 The season continues to deal up surprises particularly amongst the infielders. We’re all waiting for Yangervis Solarte to slow down but it didn’t happen in May. He batted .296 with 7 extra base hits (including 5 home runs) and is now ahead of both Brian Roberts and Kelly Johnson when Girardi makes up his team-sheet.

Roberts has had a good month with some sparks of power and is much improved on his April performance. Johnson, by contrast, continues to languish in difficulties. He hit a mere .216 but also added 4 extra base hits and half-a-dozen walks. Johnson also made more errors than any of the other infielders and this on less playing time than most.

Derek Jeter remained solid but produced nothing outstanding. Thankfully, Brendan Ryan was able to take up the slack, performing well at first-base, second-base, and shortstop. He also gave the team another strong singles hitter to stand alongside Murphy with 9 singles in 25 at-bats.

Mark Teixeira played in 25 of the 28 games of the month and continued to hit for power whilst not showing any signs of returning to his batting average levels of a few years ago. He led the team, on the month, in home runs and slugging and was a joint second in extra base hits behind only Alfonso Soriano.

An injury to Carlos Beltran meant that he only appeared in 9 games in May. This meant that outfield responsibilities were mainly shared between Brett Gardner, Jacoby Ellsbury, Alfonso Soriano and Ichiro Suzuki although Zoilo Almonte was called up to lend a little support. Even when able to be in the line-up, Beltran was only able to deliver a mostly barren .152 with one double.

At the same time, Ellsbury spent most of the month enmeshed in a slump, batting only .231 with 6 extra base hits. This meant that more weight fell upon Soriano and Ichiro and their aging limbs meant the extra time at the plate and on the base paths resulted in falling averages. Happily, for Ichiro even the decline saw him achieve .286 and Soriano’s meagre .220 was accompanied by the team-leading 9 extra base hits we have already mentioned, 7 of which were doubles – another team-leading stat. Almonte’s brief stint in the majors led to nothing much more than struggles – a .188 batting average and no walks which highlights how much more patience he needs to show at the plate. 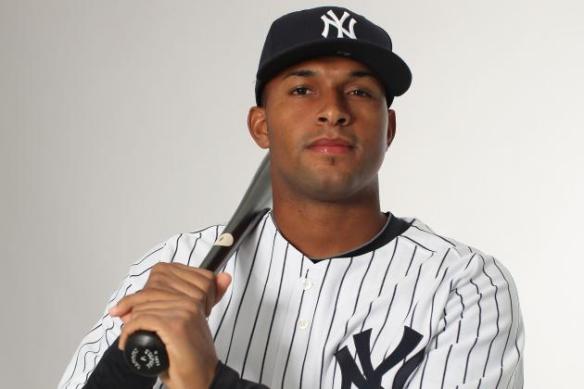 The Yankees arrangement of DH by committee is leading to a major league worst batting average at the position and in May there was no rhyme nor reason to who was picked there. Ichiro, Beltran, Murphy, Gardner, McCann, Teixeira, Jeter, Soriano and Johnson were all used in the position and this in a month when there was a fair share of games against National League teams on National League grounds. There seems to be no value in using the position in this way and nobody is producing on the occasional day they find themselves as the Designated Hitter. It becomes nothing more than a break from playing in the field and they need to address this problem promptly if they are to remain in contention.

The statistical analysis in this article is greatly aided, as always, by the phenomonal Ballstat software (http://www.ballstat.com) which was designed and developed by Pete Habel (http://lancasteronline.com/obituaries/james-pete-p-habel-jr/article_f814d04a-0424-52e8-9eab-affaeb09c43e.html?mode=jqm).