The second part of our update will look briefly at one change to the infield group and then moves on to survey the outfield and designated hitters. Since our last report, both the Boston Red Sox and the Toronto Blue Jays have made upgrades to their roster whilst the Yankees have been slow to make moves. The outfield looks like one of the few areas that is reasonably well set.

In our last update, we commented that we didn’t see any long-term future for Zelous Wheeler with the New York Yankees and sure enough his time with the club has come to an end. On the 20th of November the Yankees released him from his contract in order that he might take up a deal with the Tohoku Rakuten Golden Eagles of Nippon Professional Baseball. 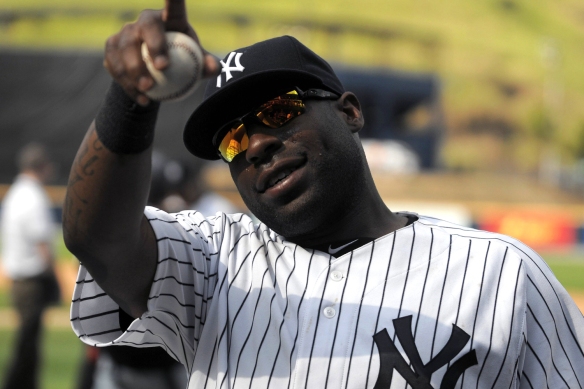 The only area of the Yankees roster that looks at all ready to go for 2015 is the outfield which is unlikely to see any changes this side of Spring Training.

There were very few bright lights in the Yankees offense in 2014. Perhaps the best they had were Jacoby Ellsbury and Brett Gardner who will continue to make up two-thirds of the outfield in 2015. Ellsbury is under contract with the Yankees for a further six years at just a little over $21m per season with a club option at exactly $21m for 2021. He appeared for the Yankees in centre-field in 141 games in 2014 and will fill that role for the foreseeable future. Gardner was the Yankees left-fielder in 126 games last season and will continue that residence. His contract for 2015 entitles him to $12m, after which he will be paid $13m (2016), $12m (2017) and $11m (2018). The club has a $12.5m option for 2019. 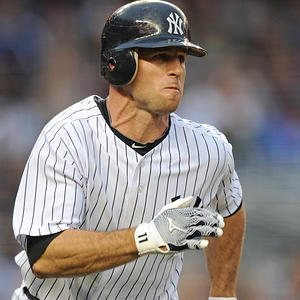 Gardner will occupy left-field in 2015

Right-field is slightly more problematic but the Yankees have given themselves enough options that they will not pursue 2014’s most-used incumbent Ichiro Suzuki. In reality, Ichiro was only used as often as he was because of the injuries to Carlos Beltran which either kept Beltran out of the team or restricted him to Designated Hitter duties.

Beltran remains the Yankees favoured option at the rightfield fence in 2015 if only because he is under contract and there is hope that he will be better than last season. His deal entitles him to $15m for each of the next two seasons and with that figure attached and his recent travails, he isn’t going anywhere.

Chris Young has been re-signed for 2015 at a cost of $2.5m which is a huge reduction from the figure he was given a year ago by the Mets. He was a catalyst for the Yankees in the final weeks of the season, mainly playing in leftfield. In 2015, he will take over Ichiro’s role – assuming that all is well with Beltran – which will mean he will spend more time in right-field.

Young will be the Yankees 4th outfielder if Beltran remains fit.

Other options? If injuries or other issues should dictate that the Yankees need to expand the circle of players they are considering for the outfield then they still have Eury Perez who joined the team from the Washington Nationals towards the end of the 2014 season and will be with them into Spring Training and could be offered a new contract. Also, the versatile Martin Prado will see some time in the outfield especially if the Yankees can fill the gaping holes they have in their infield reckonings.

There are also a clutch of young players who the coaches will run rules over in Spring Training: Slade Heathcott; Ramon Flores; Tyler Austin and Mason Williams are all on the 40-man roster. They are unlikely to make any impact on opening day but some of them will be September call-ups as the team looks to establish them for the future.

I don’t understand the way that Joe Girardi uses the Designated Hitter role. In 2014, eighteen players were used in that capacity and instead of seeing it as a spot in the line-up which can be used to develop continuity for a strong, power-hitting member of the roster, Mr Girardi seems to see it as a rotating role used mainly to give someone an off-day from the field or to hide someone who is able but is carrying an injury.

Circumstances will likely make the role even more peculiar in 2015 than it was in 2014. The principal reason for this is called Alex Rodriguez. No-one seems to believe that Rodriguez will be able to cope in a regular role at third-base and Mr Cashman and Mr Girardi seem to be divided as to whether he can learn to play at first-base in Spring Training — and it doesn’t seem like he is going to go away. So the obvious spot is to put him at DH most days with some third-base and perhaps some first-base mixed in. Teixeira will need time off first-base if recent seasons are anything to go by and Beltran has a huge question mark over him as the team considers just how much right-field he will play without risking another injury.

That will mean that A-Rod, Teixeira and Beltran will be the three most likely players to see time at DH but Young, Ellsbury and Gardner will see some time there too. Not to mention Prado and the bench players. It’s going to get complicated but hopefully the mix of players will produce something better than the woeful stats of those who played there in 2014.

Next time we’ll look at the starting rotation and the bullpen.