(Normally I would have far more coverage of Spring Training than I have this year but with Easter coming early, my other preoccupations have prevented that. My apologies to my regular readers).

If you would have asked me at the end of the 2017 which position the Yankees would sign someone new for in the off-season, my prediction would not have been rightfield. Rookie of the year, Aaron Judge, it seemed had that all stitched up.

Also, if you’d asked me who after Judge was the least likely player to leave, one of my first choices would have been 2b Starlin Castro who impressed so much at the plate and defensively and proved a fearsome double play combination with Didi Gregorius.

Shows how much I know!!

As is now public record, Starlin headed out of New York as part of the deal which brought National League MVP, Giancarlo Stanton to the Bronx. This made Spring Training a heady mix which provided meaningful opportunities for a number of young players. Let’s see who made that opening day roster and who did not: 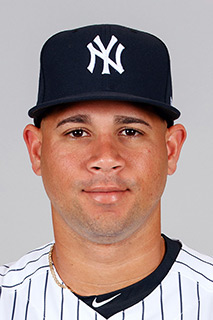 Sanchez was always going to be the first choice catcher after the great year he had last year. In Spring Training, he appeared in 16 games, notching 12 hits in 45 at-bats. He added to that 4 home runs, making him joint second in slugging percentage amongst those who made the 25. 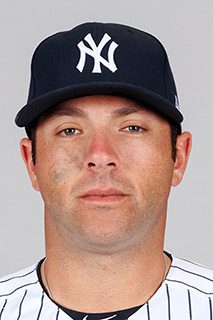 Others: Kyle Higashioka was the rank outsider to make the roster, having previously struggled so much to get hits at the major league level. He did quite well in the Spring, batting .333 and is retained on the 40-man list. He is assigned to Scranton/Wilkes-Barre Railriders (Triple-A) where he will split time with Eric Kratz and wait to see if the Yankees need someone for injury cover. 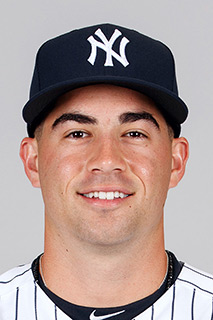 Mr Wade was notified several days before Spring Training concluded that he had done enough to make the roster and exchanged his number 39 for number 12 in the process – which perhaps emphasises that the Yankees see him as a keeper. He can play several infield roles and the Yankees will see him as part of the 2nd base mix but also in a utility role. He batted .286 in the Spring and spiced that with a few doubles. It will be interesting to see if he takes his chance. 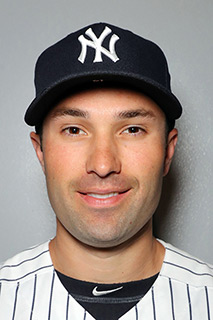 It was mid-March before free agent, Neil Walker arrived on the scene and only time will tell what this means for the Yankees giving space to some of their classy rookies. Certainly, awarding him shirt number 14 (previously Castro’s number) has a message of intent written all over it. Arriving so late meant that Walker only appeared in 7 Spring games and batted a mere .222 with a pair of doubles. However, this didn’t hold the Yankees back from a decision that they already seemed to have made when they signed him. Injuries mean that he will be given some time at first base and designated hitter (DH) but his main role will be sharing time with Tyler Wade at second. Last year, he batted .265 with 14 round-trippers whilst splitting his time between the Mets and the Brewers. 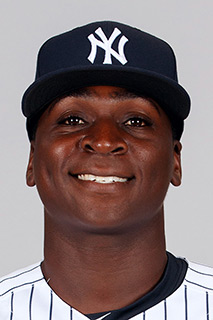 Barring injury, there was no question that anyone but Sir Didi was going to be the everyday shortstop for the Yankees. He did just what was expected of him in the Spring, leading the team in slugging amongst the regulars (.623) with a .283 batting average. It remains to be seen who will spend most time as his central infield partner. 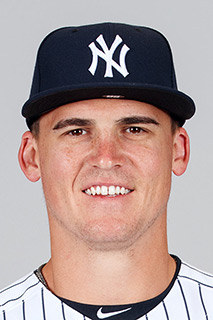 Mr Austin is the surprise of the roster in oh-so-many ways. Having done nothing outstanding in the Spring, although perhaps showing more power than the Yankees might have anticipated, he was optioned to Scranton on the 21st of March – a week before the beginning of the season. His stats read .222 with 6 extra base hits (4 home runs). Then in a surprise twist, he was added to the 25-man roster when Greg Bird who had struggled massively through the pre-season games was deemed  to require further surgery. Time will tell how Austin does in this surprise chance to prove himself. 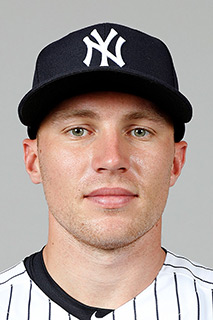 It had been thought that the third base role was Miguel Andujar’s job to claim in Spring Training or that if he proved too weak defensively, then another young rookie would carry the day. Whether Brian Cashman got cold feet on that plan or whether there was some other factor in play, we will never know but everything changed when in the second half of February, the Yankees brought in 25 year-old Drury from the Arizona Diamondbacks.

Drury had batted .267 in his third major league season with the Arizona club and has 71 doubles and 31 homers to his credit in that period. He comes to New York as part of a three team switch which also involves Tampa Bay and sees two prospects leave the New York farm system. Vastly more experienced and also young, Drury became the obvious first choice to make the roster and so it proved. He batted only .245 in the Spring games but the Yankees see him as the much stronger defensive option. 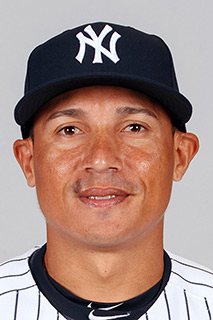 It would be easy to conclude that the Yankees have cooled on Torreyes who seems to be last in the pecking order despite his versatility, good speed and seemingly limitless energy. As we look at those who made the 25, he is likely to be least used amongst the infielders. He batted .239 with 3 doubles in the Spring. At only 25, it is not hard to see another team taking an interest in him in mid-season.

Others: Miguel Andujar batted .267 with 7 extra bases hits but the acquisition of Drury made the likelihood of him making opening day slim. His perceived frailties in the field makes him an unlikely bench-player. Gleyber Torres was another youngster who was thought to have a chance but everything changed when Walker arrived and Tyler Wade performed better than Torres. He batted .219 in the Spring but is still likely to be the second baseman of the future.

The biggest surprise is, of course, the absence of Greg Bird because of injury with his surgery meaning he may be out for up to 8 weeks. His .154 with 1 home run showed that something was wrong and his catalogue of injuries over the last few years is extremely worrying. Who is going to be the first to say Nick Johnson? 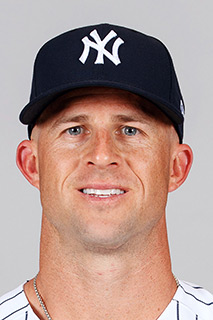 Brett Gardner has been a lynch-pin for the New York Yankees for several years now and he has no intention of giving up that role any time soon. He batted only .224 in the Spring with no extra base hits but with the only meaningful alternative, Jacoby Ellsbury headed for the disabled list, Gardner was a shoo-in. 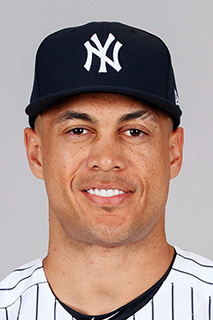 The only question with Mr Stanton is which role in the team he will play. The likelihood sees him splitting time at DH and rightfield and the former Miami-based colossus doesn’t seem to mind that idea at all. In the Spring, he batted only .220 but also added three doubles and four home runs. There is no question that the Yankees will be looking for more than that in the regular season – and no question that they will get it. 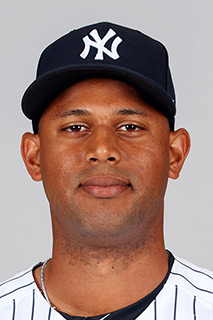 Mr Hicks didn’t need to do much to nudge Jacoby Ellsbury out of the starting centre-fielder role – a trend which was clearly shown last post-season and any question that new manager, Aaron Boone might see things differently was removed with Ellsbury’s injury problems. So despite the fact that Hicks only batted .200 with 4 extra base hits, he will be holding down the famous and lauded Yankees CF role on opening day. 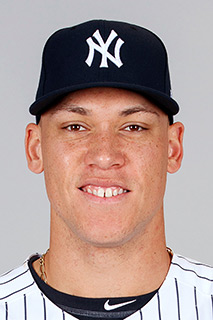 He may not be saying it publicly but Aaron must find it surprising to be under pressure from an MVP for right-field starting time. All the signs are though that Judge and Stanton intend to get along famously and see what the season brings. The 2-3-4 of Judge-Stanton-Sanchez must be giving some pitchers sleepless nights even with Bird out of the line-up for the time being. Judge’s .289 with 3 home runs in the Spring was much better offensively than Stanton’s stat line and his throwing arm makes him the obvious first choice to be somewhere in the field but it is early days.

Others: Not much that is positive to report here. Clint Frazier batted .250 with no extra base hits but struggled with concussion and will start the season on the 7-day disabled list (DL). Look for him to be reporting to Scranton when he is ready to play. As previously indicated, Ellsbury is out of the mix with a hip injury and on the 10 day DL. This means that Billy McKinney is the go to guy in case of injury. He batted only .167 in the Spring but led the team in homers with 5.