There seemed no real possibility that the Yankees’ season could become more complicated by injury than it already had been. But somehow they managed it……

At the start of the season the New York Yankees rotation looked like this: C.C. Sabathia, Hiroki Kuroda, Ivan Nova, Masahiro Tanaka and Michael Pineda. Now Kuroda is the last man standing and three of the other four are on the 60-day disabled list.

And we are less than half way into the month. Who knows what could go wrong next?

The month started with Sabathia being shutdown from his minor league rehab. His problems with his right knee which had improved became worse as he attempted a couple of short starts. The second of these – with double-A Trenton Thunder – produced no immediate problems but very soon Joe Girardi was talking of him being possibly out for the season.

The Yankees have also had need to continue to tinker with the depth of their bullpen and in the early days of the month, they sent Jose Ramirez back to Scranton whilst selecting Jim Miller from the same club. Miller hadn’t played at the major league level for the Yankees to that point whilst Ramirez had had a very mixed June and it was time for a change. For a note on how Miller progressed see below in this article.

The next part of the Yankees machine to need attention was the infield where the slumping Yangervis Solarte was sent down to Scranton. His batting average which had once been over .300 had slipped to .260 after a period in June in which he batted a mere .073. Dean Anna who would have once been the most likely replacement had batted only .192 for the season for the Railriders and as a consequence it was decided to remove Anna from the 40-man roster to make room for another long-term minor leaguer, Zelous Wheeler.

Wheeler had batted .299 in 66 games for Scranton and it was hoped that he could replicate something like this at the major league level. It didn’t take long for Anna to hook up with a new club as two days later he was claimed by the Pittsburgh Pirates and assigned to Indianapolis.

One of the players who had begun to improve in the Yankees rotation was Vidal Nuno. Nuno had produced better performances but all the evidence was that he could not go deep enough in the innings count to be a regular starter at this juncture of his career. This left the Yankees with one of two options. They could either work with him and see if he could carry them into the seventh innings or they could use him as a trade chip to acquire a more experienced starter. Not known for their patience, the Yankees chose the latter. They traded Nuno for Brandon McCarthy. McCarthy who debuted in the majors with Chicago (AL) in 2005, had only achieved a 3-10 win/loss record with Arizona this season and was starting to look surplus to requirements. I do think that the Diamondbacks got the better end of this deal but time will tell.

Well, that left only one major area of the roster that the Yankees hadn’t chosen to work on and it wasn’t long before they turned their attention to the outfield. With Carlos Beltran day-to-day, it did seem likely that they couldn’t afford to lose an outfielder but that didn’t stop them designating Alfonso Soriano for assignment. This was Soriano’s second stint as a Yankee but he had struggled for both power and average this season and it seemed there was no room for sentimentality.

To cover for the gap left by Nuno and to allow McCarthy to arrive from the desert and adjust to being in New York, right-handed reliever Bruce Billings was called up once more.

Looking for depth in their pitching the Yankees chose to remain with only three available outfielders for a few days, calling up Shane Greene to make a pitching start in the gap on the roster left by Soriano’s departure. 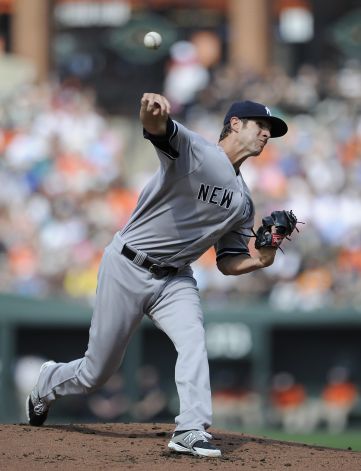 And so the merry-go-round continued to spin at a fast pace with Billings headed back to the minors (without playing) when McCarthy was available.

Surely now things would settle down?

No. This is the New York Yankees.

Masahiro Tanaka made his second inconsistent start and was whisked away for an MRI examination. A partial tear in the ulnar collateral ligament (UCL) was diagnosed and he will be out for six weeks hoping that rest and recuperation will bring about healing. If this doean’t work, then Tommy John surgery may be necessary, bringing to a sudden end one of the bright pitching lights of the first half of the season.

So with Tanaka headed for the 15-day DL, it was time to add a fourth outfielder with Zoilo Alomonte once again returning from the Scranton/Wilkes-Barre Railriders. Almonte had hit under .200 prior to his demotion and this is a sign of how thin the Yankees minor league corps is starting to look.

Carlos Beltran had been unable to play in the outfield because of discomfort when throwing after injury earlier in the season and had then been described as day-to-day when a muscle in the back of his knee hindered his designated hitter activities. but worse was to come when he was hit in the face during batting practice on July 9. He was moved to the 7-day disabled list which is used primarily for concussion and head injuries. Yangervis Solarte who had hit .600 at Scranton since being reassigned was the obvious call-up. 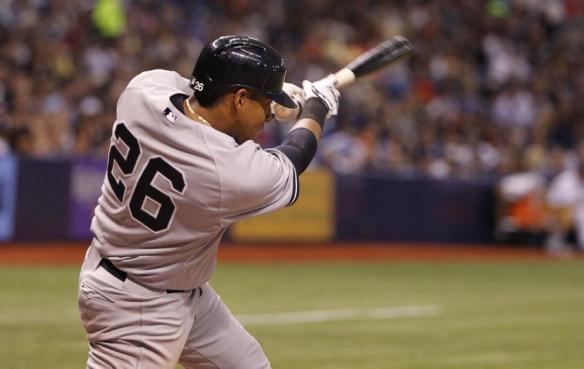 The evening of the 11th of July produced a disastrous performance on the mound for Jim Miller, who saw his ERA with the Yankees balloon to 20.25 as he conceded five runs in a relief appearance. And, lo and behold, this meant Miller was the next man designated for assignment with Matt Daley who had gone the same route for something similar in early June being the man to replace him. This is not inspiring confidence.

We have to end this particular update somewhere so let’s do so by dealing with another attempt made by the Yankees to bolster their pitching weaknesses. On the 11th, they also signed left-handed pitcher, Jeff Francis for those two old friends, “Cash Considerations” and “Player to be Named Later”. Let’s wish those two guys the best for the future at Oakland and turn our attention to Mr Francis. Like McCarthy he has much experience in the majors, with, in this instance, a 70-80 win/loss record over 10 years. However, also like McCarthy, his efficacy had faded this season with an 0-1 record and 6.08 ERA leading him to be designated for assignment on the 3rd of July.

So from Sabathia, Kuroda, Nova, Tanaka, Pineda to Kuroda, Phelps, Whitley, Greene, and McCarthy or Francis. It seems like the restart after the All-Star break will see the Yankees in much reduced circumstances compared to where they were at the beginning of the season. Given that they have struggled to stay in touch in the first part of the season, this does not bode well.