The Yankees, struggling to stay in contention to the extent that it is now as easy for them to win their division as it is for them to capture a wild card booth, are not making the task easy for themselves. And their injury situation is becoming more and more complex. Let’s see what happened amongst the pitchers in June.

Thankfully, the starting rotation remained a constant in June with the 27 starts being divided almost equally between the five starters. David Phelps and Chase Whitley took 6 and the remainder took 5 each.

Once more and unsurprisingly, Masahiro Tanaka was the pick of this bunch with two complete games and a very strong ERA, although his win/loss line fell through to 3-2 on the month partially due to lack of run support but also due to one slightly substandard start.

Hiroki Kuroda gave the Yankees 6+ innings per start and an era which hung around the 31/2 run mark but again lack of run support proved his undoing.

The aforementioned Phelps was another who was able to produce 6 innings per start and he came away with 2 wins, 2 losses and 2 no-decisions. He gave up more than 5 runs on average per game and was considerably ahead of anybody else on the team in terms of walks conceded. 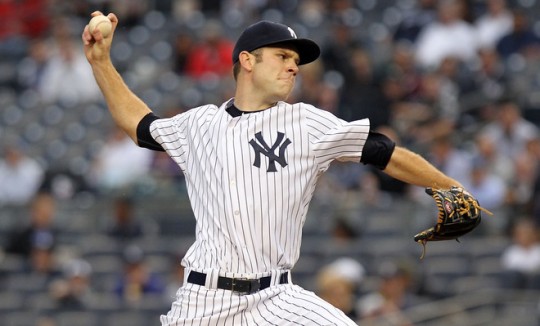 Vidal Nuno was improved, particularly in his last two starts. His figures are remarkably similar to Phelps but with 50% less base-on-balls surrendered.

Finally, we have Chase Whitley who has struggled to produce the innings required from a starter on occasion and had a flurry of no-decisions when first called up, then found much of June providing him with entries in the Wins column but finished the month gathering Losses. 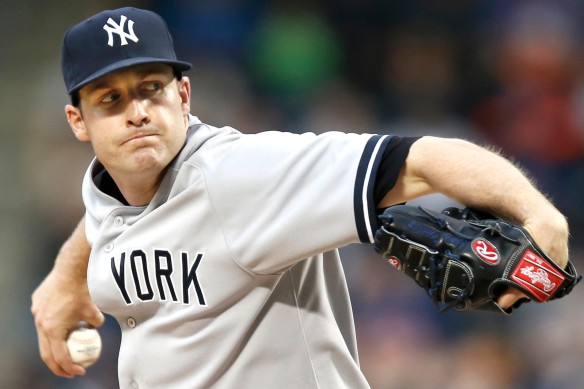 Matt Thornton and Dellin Betances were the strongest of the regular relievers. Thornton, the left-handed specialist has had an uneven season but this month brought his better game to the forefront. He appeared in 11 games, delivering up a modest 8 innings but without conceding a run.

On the other hand, Betances continues to be the solid reliever who simply over-powers the batters by filling up the strikeout column. This month he struck out 25 in just over 17 innings. He conceded only 3 runs and led the team in WHIP and OBA. Great stuff from someone who has made the All-Star roster for the American League. 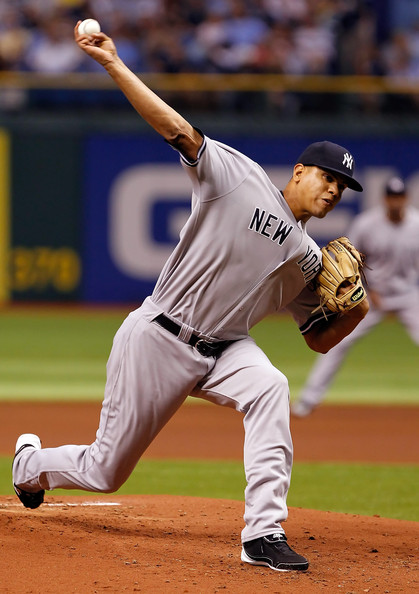 David Huff looks likely to have solved one of the Yankees remaining bullpen problems since he came over from the Giants. With 1 win and only 3 runs conceded in 9.2 innings, he is a solid addition, if he can maintain this form.

David Robertson added a further six saves to his tally as he continues to be a real asset for the Yankees and whilst it is unfair to make comparison to Mariano Rivera, he is showing no reason why he should not be the long term incumbent in the closer role.

Adam Warren and Shawn Kelley had below par months with Warren the better of the two despite given up two losses. Kelley has not done well since returning from injury and this month produced a 6.43 ERA.

Preston Claiborne was a surprise reassignment to Scranton but others were more predictable. Aceves and LeBlanc showed they had nothing to offer and Daley ran out of luck and had a dreadful start to the month. Jose Ramirez was a bigger mystery. Used mainly to mop-up in games that the Yankees were already losing, he also picked up two losses in games where he was given a more central role and all the signs are that he is not yet ready for the big leagues.