The Yankees made some surprising moves on the deadline day, primarily bringing in players who were not doing well elsewhere. Add this to a few changes caused by injury and waiver claims and the roster is looking rather different again. Let’s see what has happened.

Stephen Drew…. Stephen Drew. He wasn’t what the average Yankees fan had in mind as the solution to the gap between them and the other possible playoff teams. The Yankees traded Kelly Johnson for Drew. Johnson had not been exactly successful for the Yankees but his batting average far out-stripped Drew’s and Drew has no experience at second base which is where he will be expected to play. Well, I guess they had to throw the dice and see what happened.

As Drew came in, out went Brian Roberts who was designated for assignment. Johnson and Roberts had been Cashman’s solution to the problem caused by the absence of Alex Rodriguez and the ageing of the rest of the infield. The experiment with more veterans has now failed and failed absolutely. It does not do Cashman’s reputation any good.

In another peculiar move the Yankees brought in Martin Prado from the Diamondbacks. Peculiar because Prado is primarily known as a versatile infielder but the Yankees want him as a rightfielder to partner with Ichiro Suzuki whilst Carlos Beltran remains unable to play the field. Like Drew, Prado comes to the Yankees in the midst of a significant slump. 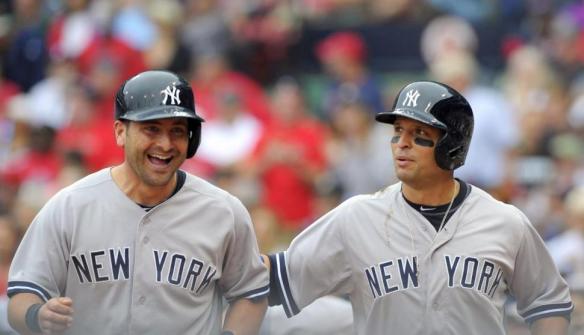 The final addition on the deadline day was Esmil Rogers who had been placed on waivers by the Blue Jays and gives the Yankees more bullpen options after they claimed him. 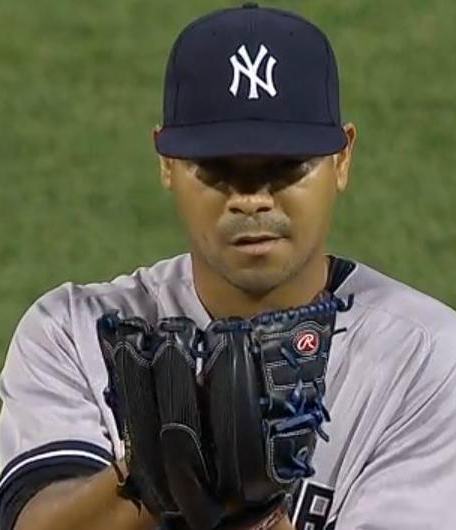 Inflammation to his right elbow meant that David Phelps struggled in his start against the Boston Red Sox on the 3rd of August and left the game early. The following day he was moved to the 15-day and Matt “Revolving door” Daley once more returned to the Bronx Bombers.

In a surprising move, the Washington Nationals claimed Matt Thornton off waivers and the Yankees decided not to withdraw the waivers and let him go. This cleared $3.5 million for the Yankees’ payroll but left them depending on the hope that David Huff’s current run of form would be maintained. To fill the gap the Yankees called up experienced left-handed reliever Rich Hill, who had been doing well at Scranton.

Zelous Wheeler and Zoilo Almonte who had been make-weights at the major league club found themselves headed back to Scranton at the beginning of the month. The Yankees also confirmed the release of Jeff Francis.

Michael Pineda looks likely to be headed back to the majors as his rehab assignment has seen him move up the ladder to the Railriders and all seems to be going well.