What are they gonna do? Sad Café lose their lead singer who passes away prematurely. But the more they sit at home and lick their wounds, the more they realise that they are sitting on a back catalogue which most other bands can’t dream of. So as with all the great bands of yesteryear, they finally bite the bullet and head back out on the road.

First, there is some re-tooling needed. Paul Young (the one who also fronted Mike and the Mechanics) is no longer with us and Vic Emerson (keyboard player) has set down roots in Paris and isn’t heading back over the channel. Add to this that saxophone player, Lenni is now retired and in not too wonderful health and there’s a sizable reshaping to do.

Thankfully, they didn’t go down the obvious route and just draft in a new lead singer. Paul was one of the most charismatic frontmen of his generation and the gap he left is no easy one to fill. Realising that one of the major factors over the years was their vocal skill, they decide to blend the existing voices and seek to concentrate on bringing in excellent musicians and not just singers. So lead guitarist Ashley Mulford, who didn’t even used to sing backing vocals, is pressed into action and who knew it, he has a lazy bluesy vocal that the band might otherwise have overlooked. One of the recent additions, Steve Whalley also has a similar voice and the very visual Ian Wilson was once one of the best harmony vocalists in the game so it isn’t too much of a step up for him to handle his quota of the lead singing. 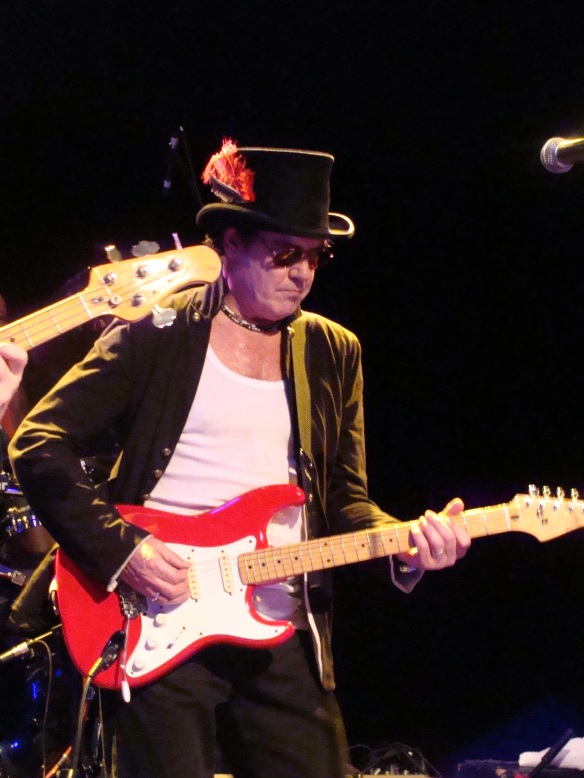 The next step was more of a risk. Bands that have had noted lead male vocals usually go for more of the same. The audience like it that way. But Sad Café have taken the risky step of inviting Sue Quin to round out their quartet of lead singers. Sue is known to the band’s core audience as she wrote one of the band’s later singles and so perhaps it is not so much a risk. And thankfully, she is an engaging and sassy voice and front person and handles her point of stepping up to the mike with aplomb.

But ultimately there is only so much patching you can do. There are four surviving core members and the next two are one of the best rhythm sections in the business – then and now. Wilson and Mulford are joined by Des Tong (bass) and  Dave Irving (drums) who filled those spots during the band’s best years of live performance. And when I say best I mean it. I’ve said before that from 1981-1984 I think Sad Café were probably the finest live show in the UK and much of what contributed to that is now back together.

But the sound is different, the decision has been made to go for a horn-less band with seventh member Simon Waggott being principal keyboard player and more of those harmony vocals which the band has in high measure.

Now maintaining a seven-piece band on today’s live circuit is no easy ask so only time will tell, whether this experiment can, literally, pay off but in the meantime tonight’s London show is evidence that while we’re finding out the answer to that financial question, there will be some excellent music played. 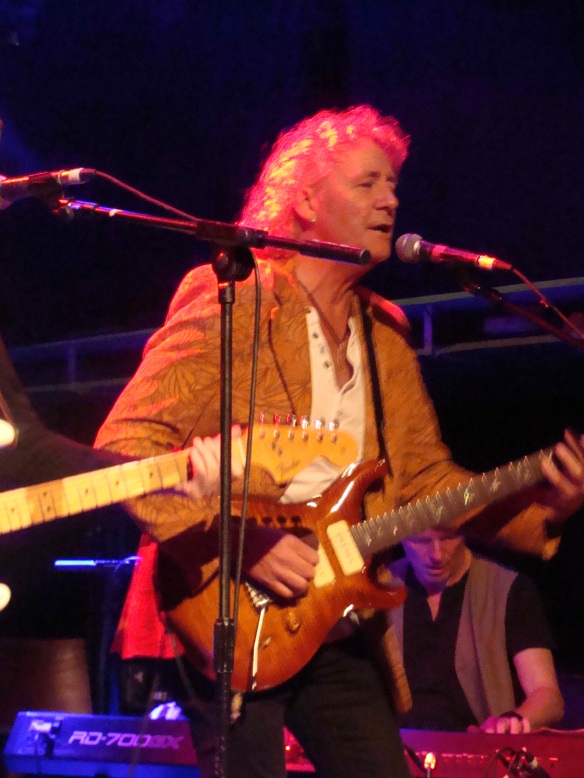 This is only the band’s 6th show in this format so it takes time for them to hit their stride but when they do as in the second half of tonight’s set, it is evident that they still have whatever it takes.

Highlights include Black Rose with lead vocals by Ashley Mulford and a more blues feel than the song ever had before. Sue Quin is a particular strength as she remains seated to sing the bridge section of Hungry Eyes but takes centre stage for the title track to the band’s debut album (all those years ago), Fanx Tara. Ian Wilson takes on the task of herding the boisterous crowd on stage and Steve Whalley acquits himself well (despite a significant back injury) when the sound on stage is stripped back for the band’s biggest hit, Everyday Hurts, where he shares the vocal with Wilson.

But there is still some thinking to go into this reunion. It is evident all night that Ashley Mulford is the trump card in this pack, as a vocalist but moreso as a lead guitarist and the band need a hall with better acoustics than this venue to let that flourish. But they also need the courage to not have all seven instruments going full throttle 90% of the time if Mulford’s solos are going to be given the air they need to breathe and flourish.

So in short, there are no real weaknesses here and the new arrangements and thoughtful choice of which vocalist to use for which slot means that this is not what you’ve heard before and is more than just nostalgia. You hear your favourite songs from their repertoire but no-one here is attempting to recreate the old but rather trying to allow the lyrics to go in their own direction. Whalley, in particular, brings his own nuances to songs which are very different to those you heard before. Tong and Irving are as solid as a rock and Waggott and Mulford are obviously enjoying playing together and figuring how to bring the best out of each other as they did on a new improvisation which led into a killer bluesy version of “Emptiness” (originally from the “Facades” album).

If you didn’t catch them on this brief jaunt then it is now too late but they will be heading out again in February and March and signs are that more tickets will be sold then as those who heard this brief beginning exploration bring their friends along and word of mouth tell the uncommitted what a good night out this is. Sad Café are back and as they say on their merchandise “everyday counts” and you will regret not catching this show, if you stay home. I’m told that a new live album will be ready for those next dates. If so, it is sure to take a prime place in the canon of this music for those who value great British bands.

What Am I Gonna Do (Vocals: Ian Wilson)

On with the Show (Vocals: Steve Whalley)

My Oh My (Vocals: Ian Wilson)