As we move on to the second half of our survey of the Yankees’ performance in September, we find a fairly surprising picture amongst the pitchers. Whilst the team averaged giving up between 3 and 4 runs a game which is pretty competitive, more surprising was that those who had been successful prior to September struggled and some new faces were successful.

Amongst the starting pitchers, Michael Pineda, who was returning from injury was by far the strongest. He also managed to leave behind him the controversy that he had courted at the beginning of season. During his 5 September starts, he pitched a little under 7 innings each outing with an ERA of 1.62 and a WHIP of just .72. He did pick up two losses but this was more to do with the lack of run support than his own performance – a factor that has haunted the Yankees all season. 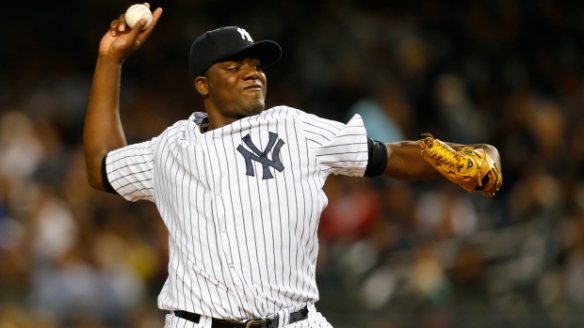 Hiroki Kuroda, Chris Capuano and Shane Greene were also each responsible for 5 starts.  Greene was the weakest of these with less then 5 innings averaged per start and a 5.40 ERA. He has a little to prove in Spring Training but he has a good chance still of being in the rotation in 2015. Kuroda may retire but the Yankees won’t be sad if he chooses to opt for a further one year contract. He was steady and solid in September and maintains a presence as a dependable middle part of the starting rotation. Capuano hasn’t been outstanding at any point since he joined the Yankees and September was okay but  gave the Yankees little reason to want to bring him back next year. 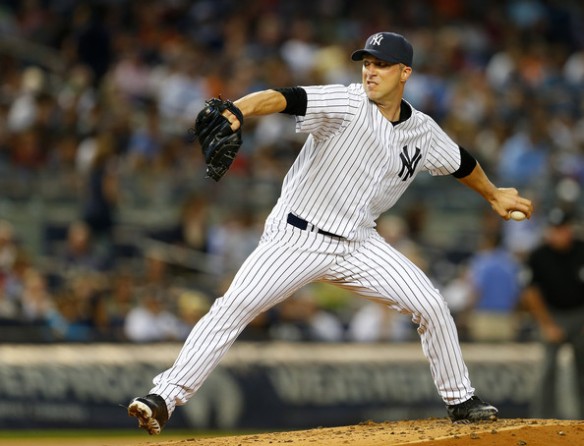 Brandon McCarthy has been the real find. He was pretty horrible at Arizona prior to coming to New York with a 3-10 record on the season. Since coming to the Bronx Bombers, he has revolutionised his performances and his four starts in September saw more strong outings. He achieved 2 wins, 1 loss and 1 no-decision whilst pitching almost seven innings, on average, per outing. 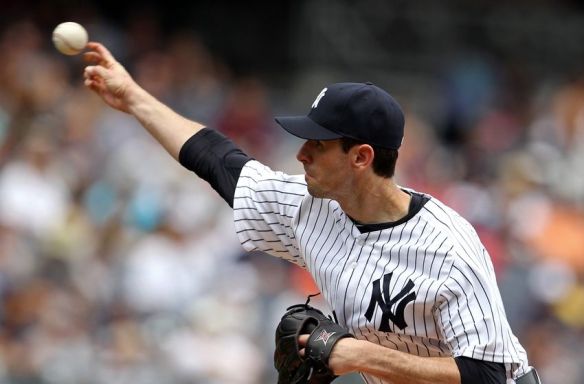 Brandon McCarthy – a Diamond(back) in the rough for the Yankees

There is a huge question mark over Masahiro Tanaka who had been out with a partially torn ulnar collateral ligament. He has been able to return to the line-up without surgery but he is not the pitcher he was before his time-off. His last outing of the season was his weakest and the Yankees must take a deep breath and find out where his arm is next Spring. With Ivan Nova already out until May recovering from the surgery that Tanaka appears to have avoided, it would be a huge blow for the Yankees to find that they have just delayed the inevitable.

Bryan Mitchell appeared in two games: one as a starter, the other as a reliever. He gave a good account of himself and he has much to gain by performing well in the Spring Training games in March.

The Yankees used a lot of relievers in September, which is not unusual as the rosters expand but they did so with so with some very mixed results.

Most used was David Robertson who had 13 outings and did well but had a couple of wobbles – particularly in the last home game of the season. He was so poor on that occasion that Mariano Rivera jokingly suggested that he had done it deliberately to make it necessary for Derek Jeter to come up with something dramatic to win the game. He collected 4 more saves in September as well as two wins. It wasn’t his best month and now the Yankees must decide whether to make him a qualifying offer and make a serious attempt to bring him back for next year and for the long term. I hope they will.

The player who was second most often called upon out of the bullpen was, surprisingly, Esmil Rogers who the Yankees had picked up earlier in the year from Toronto. Prior to September, he had made a good argument for the Yankees keeping him around but it all seemed to come apart at the seams in this last month. A 7.84 ERA and .308 OBA were signs of how much his performance declined. 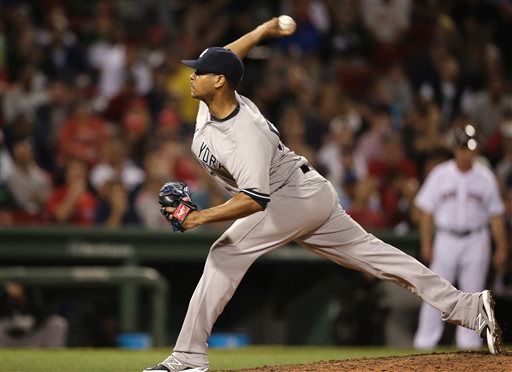 Dellin Betances continued to be the best thing that the Yankees had in the bullpen and his ERA on the month was again below 1 as was his WHIP. If the Yankees do not pursue Robertson then Betances is the best option for the closer’s role.

Adam Warren and Shawn Kelley have both had patchy seasons for the Yankees and September saw Warren very solid whilst Kelley was much weaker. Both, like Betances, were used in 10 games and continue to be an important part of the ‘pen but the Yankees are going to need them to be much more consistent. 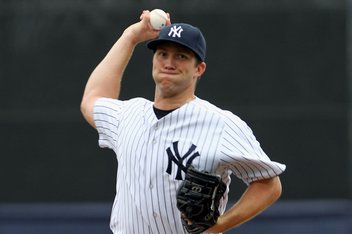 Rich Hill as largely slipped under the radar during his time with the Yankees but dealt another good month. Josh Outman appeared in 8 games, didn’t concede a run and had a phenomenally low WHIP and was then released late in the month which made little sense. David Huff was under-used and performed very well when called upon but that was what happened at the end of last season and he was then shipped off to the San Francisco Giants.

The Yankees clearly rate Chase Whitley higher than Preston Claiborne but it was the latter of the two who did more for the team in September. Then both have been inconsistent and their stories will no doubt unfold in the Grapefruit League as they battle for the remaining spots. The less said about the performance of Chaz Roe the better. 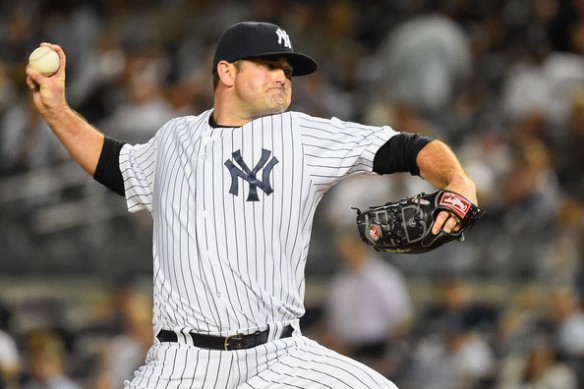 Claiborne – Is this his last chance in New York?

It will no doubt become more obvious by November where the Yankees are heading with their pitching in 2015. The Robertson question will be the first to be addressed and then we’ll see what happens with Kuroda and whether they will try to add another big name by trade or by free agency. There is a lot of potential here but they must find a way to get the bats active if they are going to get the most out of these pitching performances and become competitive.