In the second half of March, our theatre “Ravenscourt Arts” will host “The Shakespearience Too”.

This is the latest venture for our own production company “The Shakespearience” which Darren Hirst founded in 2009 to present an introduction to Shakespeare for young people of pre-GCSE school age.

When the Shakespearience first began to work together, it was actors, a tour bus and props but since our own theatre opened, life has been much easier. 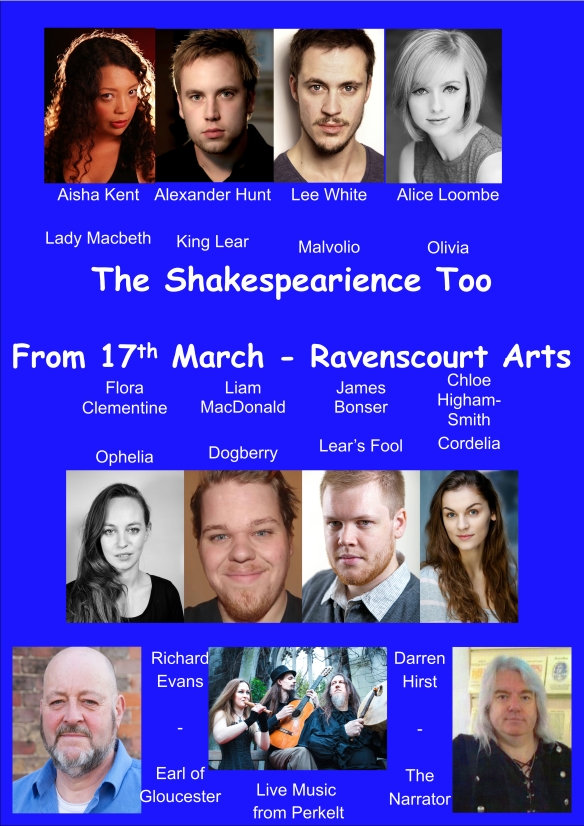 The Shakespearience Too – Full Cast

In the original Shakespearience’s final run, Darren’s health became very difficult about half way through the organisational phase and he had to take a back seat for the actual performances so he’s very glad to be on stage for “The Shakespearience Too” as well as directing and producing.

Of the actors that were in the original Shakespearience there is only a very few returning as Darren really wanted to freshen things up and make this distinctively different.
“Richard (Evans) and I will be co-directing and acting again and Perkelt are coming back to do the music but besides that everything else is new”, notes Darren.

Even the line-up of Perkelt has changed quite dramatically since last time around with only founder members, Pavlina Bastlova and Stepan Honc still part of the band which is now based in Fulham rather than the Czech Republic!

The other actors are a varied and young cast with a surprising amount of theatre experience for their ages. All the actors are from the UK except Liam MacDonald who has joined the company from Australia.

“This time we’re exploring the characters in Shakespeare rather than particular plays, so everyone is developing a major character as well as playing smaller roles in the others’ scenes”, says Darren, “it is an interesting format and quite challenging – add to this the fact that really nobody knew each other until we started to rehearse and there’s quite an energy and frisson all its own”.

Alexander Hunt who will play King Lear and Aisha Kent who is Lady Macbeth have perhaps the most challenging parts.

In total, “The Shakespearience Too” uses 5 of William Shakespeare’s plays – “Macbeth”, “King Lear”, “Much Ado About Nothing”, “Twelfth Night” and “Hamlet”.

In addition, there are scenes that Darren has written to link the Shakespearean material and original music from Perkelt as well as them performing Shakespeare’s own ballads including one from “Othello”. 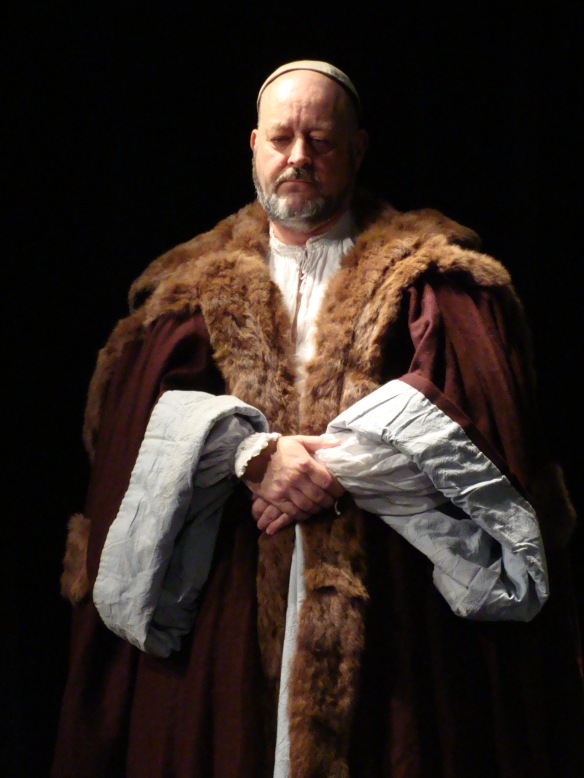