A little update on all things Eagles.

The latest leg of the “The History of the Eagles” tour came to an end on the 29th of July in the U.S. with a gig in Louisiana. The tour has been more of the same  – if you liked the last couple of years you would have liked this. The band is now being put to bed for a while whilst the members turn their attention to solo projects.

I was in touch with Bernie Leadon on his birthday. He was enjoying the tour but was glad of a break for his special day to be with family and friends.

Don Henley releases his solo album “Cass County” on the 2nd of October. He’s been planning this country-flavoured release for at least 18 months to my knowledge but after many twists-and-turns it will finally see the light of day. 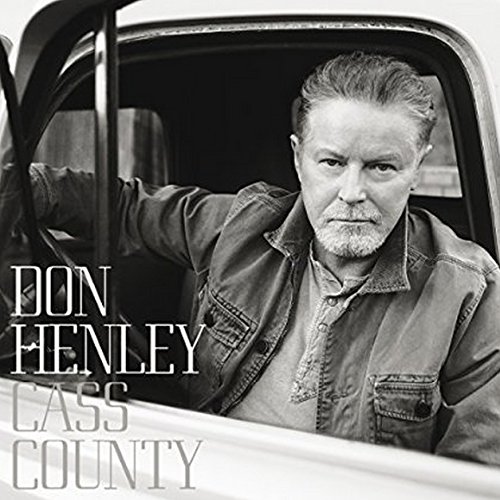 The track listing will be:

Meanwhile, Joe Walsh will be heading out on his tour of the U.S. in September:

This tour will reunite Joe with one of his Barnstorm band members, keyboardist and drummer Joe Vitale. Additionally Walsh will be supported with band members Gannin Arnold on guitar, Tommy Simms on bass and Drew Hester on drums.

On his website, Joe is quoted as saying:
“I’m going back in the catalog to dig out some songs that I haven’t ever played live, but everything everyone’s coming to hear will also be in the show,” Joe said. “I’ve got a great band and I’m excited to play with my old friend Joe Vitale again. I also love being able to go into smaller venues. I’ve missed it…The interaction with the audience is much better, everybody has a good seat and it reminds me of the old days. I think I play my best in a small venue when the bass drums are kicking me in the pants. I’m really looking forward to it all.”

No word as to whether Glenn Frey or Timothy B. Schmit will be doing anything in the Eagles down-time.

The Kennedy Center has announced the selection of the six Honorees who will receive the 2015 Kennedy Center Honors. Eagles are included. Recipients to be honoured at the 38th annual national celebration of the arts are: American rock band the Eagles, singer-songwriter Carole King, filmmaker George Lucas, actress and singer Rita Moreno, conductor Seiji Ozawa, and actress and Broadway star Cicely Tyson.

Some on Facebook have started a campaign for the three other Eagles to be present at the induction which honestly makes no sense. Bernie has been playing with the band this last few years and may well be invited. Randy Meisner is very unwell (see below) and Don Felder is still at loggerheads with Henley and Frey. Grow up. All 7 in one place (for good reasons or bad reasons) is probably not going to happen and won’t be influenced by some silly internet petition.

I don’t even like to report these things but the press has picked up on it in other places so I’ll mention it briefly. Randy Meisner has been placed under a court ordered supervision for his own good after great difficulties in his domestic situation. Randy is in our prayers as we hope for a better future for him.