tem•pes•tu•ous
temˈpesCHo͞oəs/
adjective
adjective: tempestuous
1. characterized by strong and turbulent or conflicting emotion.
“he had a reckless and tempestuous streak”

I’ve long been fascinated by Bob Dylan’s music and lyricism. I culled some quotes from his recent songs and interviews. 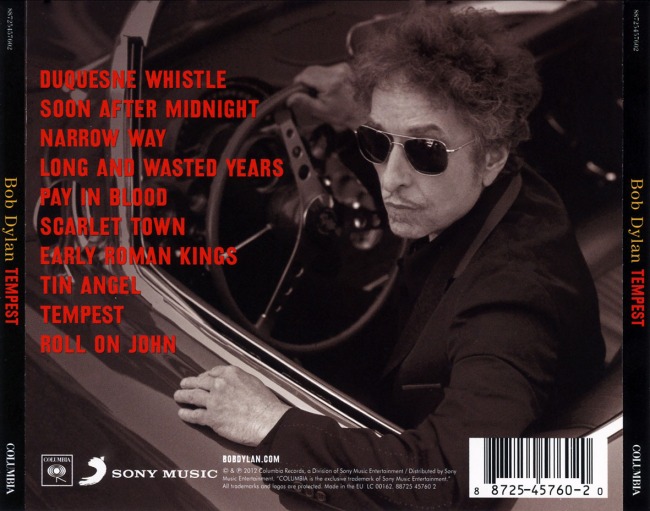 “I’m trying to explain something that can’t be explained. Help me out.” (Bob Dylan)

Do you ever worry that people interpreted your work in misguided ways? For example, some people still see “Rainy Day Women” as coded about getting high.

It doesn’t surprise me that some people would see it that way. But these are people that aren’t familiar with the Book of Acts.

You’ve described what you do not as a career but as a calling.

Everybody has a calling, don’t they? Some have a high calling, some have a low calling. Everybody is called but few are chosen.

Has your sense of your faith changed?

Certainly it has, o ye of little faith. Who’s to say that I even have any faith or what kind? I see God’s hand in everything. Every person, place and thing, every situation. I mean, we can have faith in just about anything. Can’t we?

You’ve been willing to talk about these matters before.

Yeah, but that was before and this is now. I have enough faith for me to be faithful to myself. Faith is good – it could move mountains.
You can tell whether other people have faith or no faith by the way they behave, by the shit that comes out of their mouths. A little faith can go a long ways. It’s the right thing for people to have. When we have little else, that will do. But it takes a while to acquire it. You just got to keep looking.

Clearly, the language of the Bible still provides imagery in your songs.

Of course, what else could there be? I believe in the Book of Revelation.

…These are the same people that tried to pin the name Judas on me. Judas, the most hated name in human history! If you think you’ve been called a bad name, try to work your way out from under that. Yeah, and for what? For playing an electric guitar? As if that is in some kind of way equitable to betraying our Lord and delivering him up to be crucified…

…When you put your life on the line for somebody, that’s love. But you’ll never know it until you’re in the moment. When someone will die for you, that’s love, too…

You said that you originally wanted to make a more religious album this time – can you tell me more about that?

The songs on Tempest were worked out in rehearsals on stages during sound-checks before live shows. The religious songs maybe I felt were too similar to each other to release as an album. Someplace along the line, I had to go with one or the other, and Tempest is what I went with. I’m still not sure it was the right decision.

When you say religious songs . . .

Newly written songs, but ones that are traditionally motivated.

No. No. Not at all. They’re more like “Just a Closer Walk With Thee.”
I’m searching for phrases,
To sing your praises,
I need to tell someone,
It’s soon after midnight,
And my day has just begun

(From the song “Soon After Midnight”)

In the courtyard, of the golden sun
You stand and fight, or you break and run
You went and lost, your lovely head
For a drink of wine, and a crust of bread
It’s a long road, it’s a long and narrow way
If I can’t work up to you, you’ll surely have to work down to me someday

(From the song “Narrow Way”)

(From the song “Long and Wasted Years”)

Man can’t live by bread alone
I pay in blood, but not my own…

(From the song “Pay in Blood”)

Beggars crouching at the gate
Help comes, but it comes too late
By marble slabs and in fields of stone
You make your humble wishes known
I touched the garment, but the hem was torn
In Scarlet Town, where I was born

(From the song “Scarlet Town”)

Well, he threw down his helmet and his cross-handled sword
He renounced his faith, he denied his Lord

(From the song “Tin Angel”)

The veil was torn asunder
‘Tween the hours of twelve and one
No change, no sudden wonder
Could undo what had been done…

The bishop left his cabin
To help all those in need
Turned his eyes up to the heavens
Said, “The poor are yours to feed”…

(From the song “Tempest”)

Lord, you know how hard that it can be
Shine your light, move it on, you burn so bright, roll on John

I don’t want to put you on the spot, but you sure deliver that song like a true believer.

Well, I am a true believer.

I haven’t a clue what most of this means, except that some people are seeped in the Scriptures when they speak and when they write. For some of my thoughts on what these quotes mean in their original context, please see my article (https://twilightdawning.com/2012/11/02/bob-dylan-religion-and-the-apocalypse-in-his-new-album-tempest/) 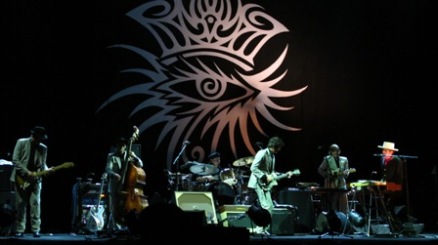 Most of the quotations come from an interview gave to Rolling Stone magazine, although one of them comes from an article of the Big Issue. All song quotations come from the “Tempest” album and the transcriptions of the lyrics are my own (but I think they are accurate).