Who: Sparks & the Heritage Orchestra (conducted by Jules Buckley)

There have been various rock bands down the years who have performed albums and other projects with an orchestra (Deep Purple and Emerson, Lake and Palmer have done whole shows, Eagles used an orchestra on certain sections of their “Hotel California” tour, for example) but for a band like Sparks who are regarded as more of a pop outfit a show like tonight was quite unusual.

Sparks, of course, are an underestimated outfit amongst large sections of the general public and could be said to only really understood by their dedicated band of followers.

The confusion began when Sparks first rose to prominence with their hits “This Town Ain’t Big Enough For the Both of Us” and “Amateur Hour” in 1974, their visual image on “Top of the Pops” led to them being adopted as darlings of the teens and pre-teens, and their gifted-songwriting and quirky musical gifts were overlooked. They were art-pop without the credibility of Roxy Music or even 10CC.

When they returned to the charts in 1979 with “No. 1 song in Heaven” and “Beat the Clock” most of the attention fell on their producer Giorgio Moroder and their avant-garde stylings were mostly credited to his involvement.

It wasn’t until the 2004 release of “Lil’ Beethoven” that the rock critics and general music intelligentsia sat up and began to take notice and gave the Mael brothers the full credit that they deserved and a long overdue renaissance began leading to their 21 albums in 21 nights stand in Islington in 2007.

Of course, some had known all along. A young fan called Steven Morrissey wrote to the NME letters page in 1974 , declaring that “Kimono My House” deserved to be “Album of the Year”. This was, of course, some eight years before young Steven became lead singer of a little band called the Smiths. Wonder what happened to him and them?

So 40 years later, those of us who guessed their significance all along were joined by some hundreds who had wised up later at the Barbican to hear “Kimono My House” changed into a huge orchestral piece.

And the surprise? Like most all the good ideas that Ron and Russell have – it worked!

Russell suitably attired in a kimono

First out onto the stage was the 35-piece Heritage Orchestra led by Jules Buckley, the conductor. They performed an instrumental rendering of the main themes from the album before they were joined by the Mael brothers who performed the 10 tracks from the “Kimono My House” album with just a brief gap where the side one of the original album would have fallen.

“This Town Ain’t Big Enough For Both Of Us” and “Amateur Hour”, the hit singles, sounded just like they should and were ecstatically received by the very biased audience. Occasionally around the middle of this first set, the tempo of the exquisitely arranged versions of the songs fell a little and “Thanks God, it’s Not Christmas” and “Hasta Manana, Monsieur” lacked a little pace whilst still sounding wonderful.

The highlight of the first set came with “Talent is an Asset” which ought to have been a huge hit in ’74 and was very warmly received tonight. By time, we came to “Equator”, Russ had the whole audience involved in a two-part sing-a-long – no mean achievement for a song which is written and sung in such an high key.

Ron – also in a kimono – there’s a theme going on here!

A 20-minute interval followed which then led into a set which in the programme was just described as “Sparks by Sparks”. I didn’t know what to expect – whether this would be another orchestral set or Sparks as a two-piece (two hands, one voice, as they titled it on a recent tour) but I have to say that the second set exceeded the quality of the first which was no slouch in itself.

With full orchestra, Sparks proceeded to perform a selection of greatest hits and more obscure tracks with a full light show which led them to receiving three standing ovations from those gathered at the Barbican.

They began with “(I Am) The Rhythm Thief” from the critically-acclaimed masterpiece “Lil’ Beethoven” which fitted naturally to the orchestral arrangement and was one of the highlights of the night, Russell sang the lyrics perfectly and Ronald provided accompaniment on grand piano. 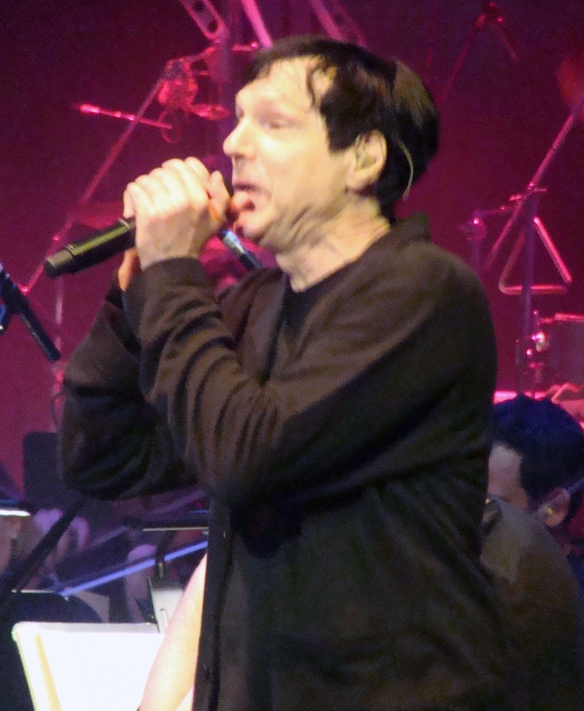 I Am The Rhythm Thief

“Get in the Swing” was accompanied by a sound which could have been produced by the Grimethorpe Colliery Band whilst “Looks, Looks, Looks” had the kind of big band jazz swing that the song had in mind all along. 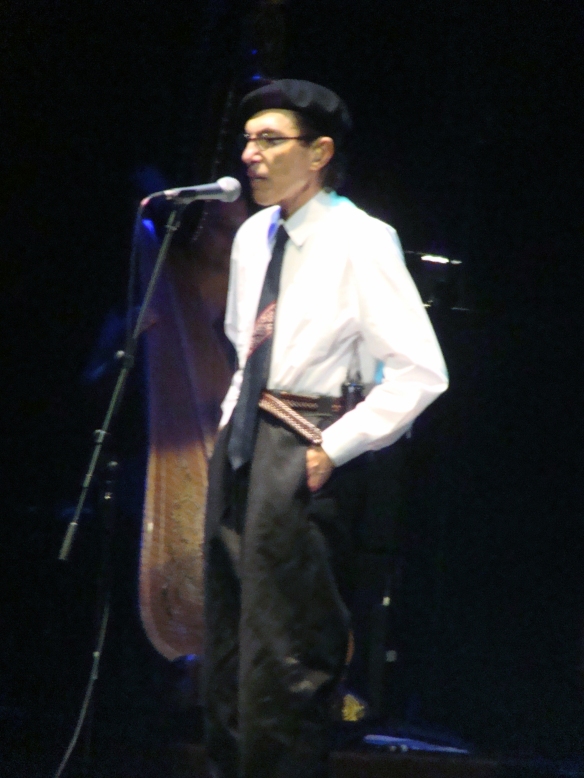 The seduction of Ronald Mael

“I Am Ingmar Bergman” from “The Seduction of Ingmar Bergman” had spoken vocals from Ron who donned a beret for the occasion and was followed by “Oh My God” from the same set which Russ captured perfectly and the orchestra managed to make sound tense and nightmarish to accompany the pleading vocals.

“When Do I Get to Sing ‘My Way'” was wonderfully sung and accompanied by an amazing light show and the set drew to a conclusion with “No. 1 Song in Heaven”. Russell’s voice sounded strained on the introductory section but he soon recovered and delivered the main body of the song masterfully.

When the overpowering applause died down the brothers returned for one encore and several curtain calls.

The song was a stripped back version of “Change” with just grand piano and vocals. Ironically, the arrangement eliminated the mid-section and bridge which the orchestra could have joined in with great power but this simple version was delightful.

So a triumph for the brothers Mael and a memorable night for the full house, many of whom would no doubt be returning for the repeat performance tomorrow. 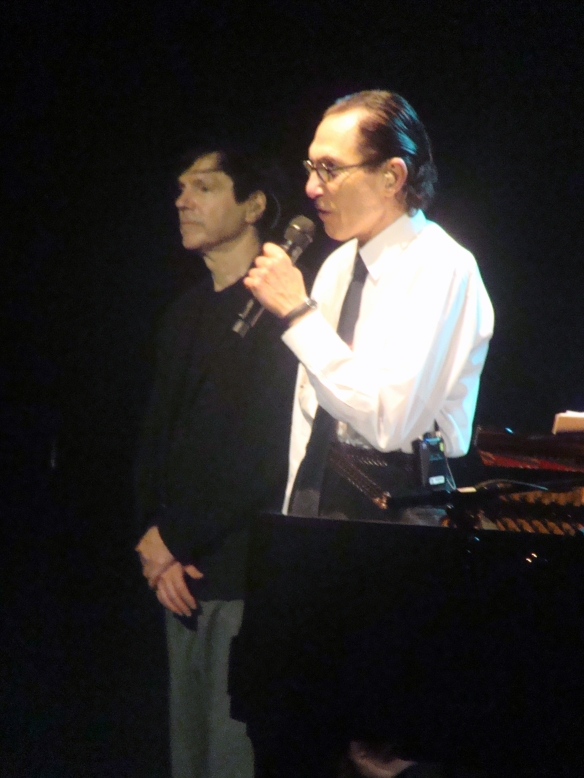 …And Another Curtain Call